In an article published in Builder and Developer Magazine’s April Buyer’s Guide issue, Chris Jasinski discusses lessons learned for private builders and developers from the sale of Essex Homes to Stanley Martin Homes in late February, for which JTW Advisors served as the financial advisor to Essex Homes.

Numerous trends are currently fueling M&A activity in the homebuilding industry, including an increased demand for private builders, an expanded universe of buyers and the continuation of consolidation.

Chris Jasinski was quoted in Builder Magazine on February 27, 2020 discussing the recent acquisition of Essex Homes by Stanley-Martin Communities and the rising M&A trend in the homebuilding industry.

JTW Advisors advised Essex Homes in its sale to Stanley Martin, which closed on February 25, creating one of the top 25 builders in the U.S.

“You can’t buy raw land from Farmer Joe or Farmer Mary and get it into the finished developed pipeline for at least three years, for the most part these days,” says Jasinski. “This longer entitlement process–I think–is a factor motivating some of the M&A dynamics we’re seeing.” 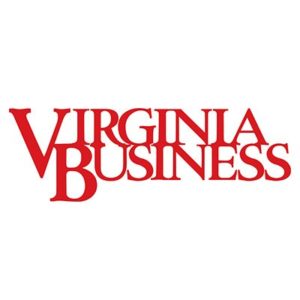 Virginia Business published an article on February 25 highlighting the acquisition of Essex Homes by Stanley-Martin Communities LLC. JTW Advisors served as the financial advisor to Essex Homes in its sale to Stanley Martin.

Six Industry Trends That Will Shape 2020 and the New Decade

In an article published online and in Builder Magazine’s February issue, Chris Jasinski is quoted discussing the rising trend of built-to-rent single-family home communities, which he thinks will continue to shape the homebuilding industry in 2020 and the new decade.

The efficiencies of building single-family rental communities in one location is becoming an attractive aspect of the market, rather than builders and investors buying up multiple homes in different neighborhoods. 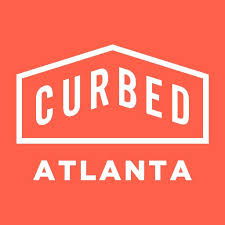 Can the new-house rental market gain steam around intown Atlanta?

In an article published by Curbed Atlanta on February 10, Chris Jasinski is quoted discussing Atlanta’s rising trend of single-family homes being built for rent.

Historically, single-family homes have been built for the purpose of purchase however, it is expected that single-family rentals (SFR) and build-to-rent (BTR) classes will become more prominent in Atlanta.

“Build-To-Rent is currently a major trend in the SFR industry,” Jasinski said. “Global investors seeking yield in our low-interest rate environment, combined with the appreciation of single family homes making it difficult to find lucrative resale homes to purchase, has pushed SFR operators to begin building their own SFR communities.”

On the supply side, Atlanta is one of the highly demanded markets by SFR owners / operators and BTR builders, according to Jasinski. 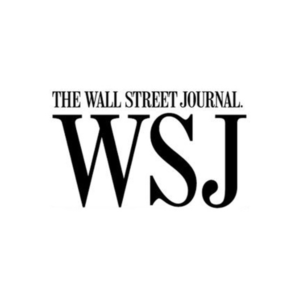 Chris Jasinski was quoted in an article published by The Wall Street Journal on Tuesday, December 24 discussing a trend in the homebuilding industry of lower interest rates for U.S. home builders and an increase in the demand for affordable homes with a quicker turnaround time, especially by millennials.

This trend has resulted in large builders making strategic shifts to produce a higher quantity of less-expensive homes. Builders that are focusing on this market are typically seeing more growth than their competitors.

As more companies are trying to meet the demand from entry-level shoppers with lower purchasing power, mergers and acquisitions could continue to rise in 2020.

“Large builders are looking at companies with landholdings that are legally ready to be developed. Such deals are a way to navigate long permitting processes. Increasingly it’s just another land-acquisition vehicle,” Jasinski explained.

In an article published by Greenville News on December 3, Chris Jasinski is quoted discussing Greenville’s homebuilding industry. The Travelers Rest area is a haven for a rare plant species – the bunched arrowhead – that is disrupting the residential development in this area.

For years, landowners outside Travelers Rest have been pitching subdivisions in this area that would destroy the sensitive land that is keeping the bunched arrowhead alive. Developers have faced increasing regulations and public opposition that is limiting supply of housing and increasing prices.

Now, Travelers Rest developer Craig Roy has a project in process called Crestfield Farm that is less than 1,000 feet from the Blackwell Heritage Preserve, one of the areas of land under preservation, and he argues that he is complying with the strict regulations.

Jasinski noted that Roy’s investment, and the increasingly strict conditions on development he is encountering, are typical across the country, with Greenville being no exception.

To that end, independent developers like Roy are getting rarer, Jasinski said, as home builders nationwide consolidate operations in the ever more difficult pursuit of their primary raw material: land. “In 2009, 15.4% of the revenue from all new home sales in Greenville-Spartanburg came from public builders,” Jasinski continued. “Today, 48.6% of the revenue from new home builders come from publicly traded builders or foreign-owned builders.” 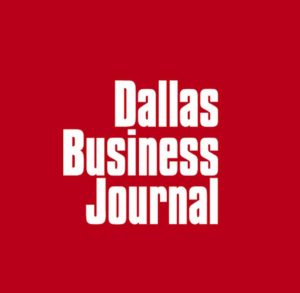 In an article published by Dallas Business Journal on December 2, Chris Jasinski is quoted discussing the reasoning behind D.R. Horton Inc. outperforming its construction-industry competitors across multiple metrics.

The homebuilder has undergone multiple recent acquisitions, which has benefitted the company.

“Nationally, they’ve been an acquirer of builders as a strategy to enter new markets, and they’ve done a wonderful job of it,” Jasinski said. “They have a great team that is looking for quality builders.”

In an article published by Dallas Business Journal on November 25, Chris Jasinski is quoted discussing the increased market share that publicly traded, foreign-owned homebuilders are gaining in North Texas.

North Texas is the nation’s largest homebuilding market and continues to be sought after by publicly traded and foreign-owned builders not yet in the market. Therefore, big builders are looking to buy out or take controlling interest in established homebuilding companies based in the Dallas-Fort Worth area.

“Traditionally, if you sell your business to another company, it might be because you want to retire or you have some other passion or public service you want to pursue,” Jasinski said. “Now, there’s also a universe of buyers who will allow you to stay involved and run your business, and they will provide capital to help you grow it.”

For sellers, this is a win-win situation because they get more capital to grow their business and are still able to stay on board as a decision-maker.

In an article published by Dallas Business Journal on November 21, Chris Jasinski is quoted discussing the rising number of mergers and acquisitions in the homebuilding industry, specifically in the Dallas-Fort Worth (DFW) area.

DFW is one of the biggest homebuilding markets in the nation, with over 100,000 new jobs created a year.

“Barring a major shock to the economy — weather, natural disaster, war — Dallas will continue to create jobs at a robust pace, and builders will do the things that they need to do to maintain and grow market share,” Jasinski said. “It’s a huge market. The market might do over $10 billion in new homes this year. That’s a healthy market and people want to be part of it.”

In the past, M&A activity was usually tied to a strategic decision; however, in an effort to increase market share, land is now the driving factor of many mergers and acquisitions. Public homebuilders are more commonly seeking out these acquisitions as a result of zoning, permitting and land development becoming more complicated and time-consuming.

When bureaucracy and labor shortages extend the time of getting raw land ready for development, one increasingly popular strategy is to acquire a homebuilder with a pipeline of land and partially constructed homes that can deliver immediate revenue and profits, Jasinki said.